What are the separation requirements when a marriage has come to an end?

What are the separation requirements when a marriage has come to an end?

With the introduction of the Family Law Act 1975 (Cth) (the Act), the only grounds for divorce in Australia is the “irretrievable breakdown of a marriage”.

When demonstrating that the marriage has irretrievably broken down, a couple must have separated for at least 12 months as outlined in s 48 of the Act.

When determining whether a separation has occurred, there are a number evidentiary requirements that must be demonstrated to the court in order to satisfy that the “irretrievable breakdown of a marriage” has occurred.

Determining the date of separation is essential for a number of reasons that include some of the following:

What are the indicators that demonstrate there has been a change in the marital relationship?

There is of course no uniform way in which marriages should be conducted, and the law does not attempt to define how a married couple should behave.  Instead, the court will look at evidence showing that there has been a change in the overall character of a relationship.

Some of the factors that the court may consider when determining separation can include:-

These may be some of the situations that the court may consider.

Is it essential that both parties wish to separate?

It is only necessary for one party to wish for the marital relationship to come to an end, thereby, establishing separation if the process was undertaken in accordance with the law.

However, it must be communicated to the other spouse that one spouse wishes to sever the relationship and it must be clearly pointed out that the marriage is unambiguously over.

Can separation under one roof be possible?

Separation means that it is really a

“…departure from the state of things rather than from a particular place”,

Although separation under one roof is possible, parties wishing to count the relevant period towards the 12-month separation requirement must show that the marital relationship had irretrievably broken down, and that separation had occurred at a specific date.

It is probably a good idea to obtain evidence of separation if the parties continue to reside in the marital home, and some of the following can be used as evidence:

Matters relating to separation and divorce are notoriously difficult, and if you have a family law issue that needs to be dealt with, please seek the help of a lawyer who will be able to help. 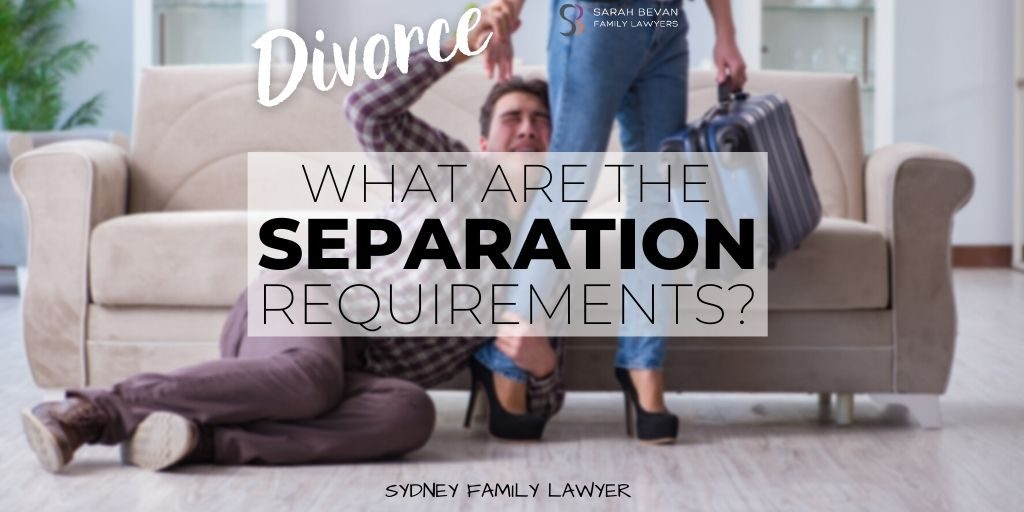