Edward and Georgia had been married for 12 years and had 2 children, Fiona aged 10 and Kim aged 7, who suffered from insulin-dependant diabetes. Edward and Georgia had reached an informal agreement as to the care of the children, who remained living primarily with Georgia in the family home. The parties had additionally agreed informally as to the child support payable. Georgia came to us for advice in reaching a final property settlement, wanting to remain living in the family home for the sake of maintaining stability for the children.

The majority of the superannuation was in Edward’s name, and the remaining assets were in joint names.

The parties had informally divided the household effects. We commonly find that the matrimonial home is the primary asset in a matrimonial property pool and that the value of additional assets including cars, savings and other items such as furniture and shares are usually comparatively small. This situation can often make it difficult for one party to retain the home whilst meeting the financial entitlement of the other party. Such an arrangement usually requires one party to refinance the loan secured by way of a mortgage over the property, so that the liability over the property is in their sole name. In doing this, it is occasionally necessary to increase the amount of the loan in order to obtain adequate funds to ‘pay out’ the other party.

In this particular situation, Georgia had a significantly reduced earning capacity due to the fact that she had only worked for a limited time outside of the home throughout the relationship. Georgia’s care of the children and the need to manage Kim’s health problems meant that she could only work on a part-time basis during school hours. Edward was employed in a high management position and received a significantly higher income than Georgia. Based upon the relatively small size of the property pool, Georgia’s care of the 2 young children of the relationship, one of whom required additional care, and Georgia’s significantly lower earning capacity, we considered that Georgia was likely entitled to up to approximately 70% of the property pool.

Georgia’s main concern was meeting the immediate needs of her children and self, and she prioritised retaining ownership of the family home.  In order to facilitate this arrangement, Georgia was willing to forego any claim she had on Edward’s superannuation entitlement.  Accordingly, we proposed that Edward retain the higher valued vehicle, savings and the entirety of his superannuation interest, whilst Georgia would retain the lower valued vehicle and the family home.  In order to meet Edward’s financial entitlement, Georgia was able to refinance the small mortgage over the property into her sole name, increasing the loan by an additional $50,000, which was paid to Edward to make up his 30% share. Georgia was confident that she would be able to meet the ongoing loan repayments through her employment income and the child support received from Edward.  Edward was paying child support in excess of the Child Support assessment, and as a result Georgia chose not to seek any form of spousal maintenance.  Through formalising the agreement in the form of a Binding Financial Agreement, Georgia was additionally able to avoid stamp duty payable on the transfer of the property.

All names and identifying features have been changed for privacy reasons in our case studies. These case studies only have basic detail in them, and you should always bear in mind that every case is unique. These case studies are examples only, and cannot be applied to your circumstances without consideration of all relevant facts 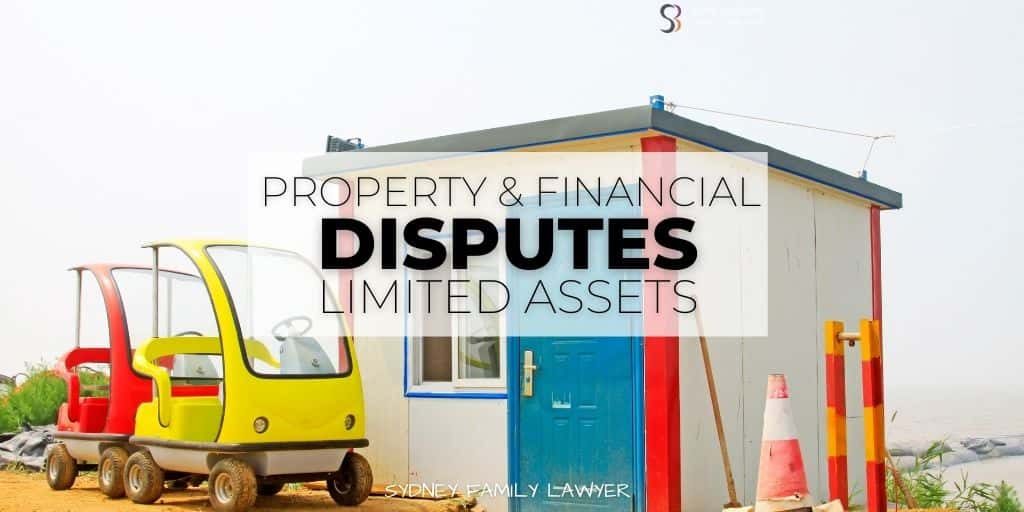