How does the Court deal with allegations of family violence in property matters?

This lack of media attention may be because the treatment by the Court of allegations of family violence in relation to property matters is somewhat more complicated than parenting matters.  Both the Family Court and Federal Circuit Court accept that family violence is relevant to financial matters between parties, but it is actually rather rare for property entitlements to be adjusted on the basis of arguments relating to the effect of family violence.

The approach of the Courts in property matters where family violence is alleged to have had an impact was set out by the Full Court of the Family Court in Kennon and Kennon [1997] FamCA 27.  In Kennon, the wife argued that the husband perpetrating significant family violence, including physically assaulting her, throughout the relationship entitled her to a larger portion of the asset pool.

In response to the wife’s argument, the Court stated that

… where there is a course of violent conduct by one party towards the other during the marriage which is demonstrated to have had a significant adverse impact upon that party’s contributions to the marriage, or, put the other way, to have made his or her contributions significantly more arduous than they ought to have been, that is a fact which a trial Judge is entitled to take into account in assessing the parties’ respective contributions within s 79. We prefer this approach to the concept of ‘negative contributions’ which is sometimes referred to in this discussion …

From the above passage, the following key elements can be distilled as being necessary to support an argument for adjustment of property entitlements on the basis of family violence:

Kennon is a significant case which opened the door for victims of family violence to raise violence as a relevant matter in property cases, not just parenting cases.  But it did not clearly define what would be considered to be “proof of a significant adverse and discernible impact on the party’s contributions” or what would constitute a “violent course of conduct”.

In the 23 years following the decision in Kennon, a number of cases have attempted to provide a clearer definition of what is required to prove the above principals.  In doing so those cases have narrowed the application of the “Kennon principle”.

Some examples of this narrowing are: 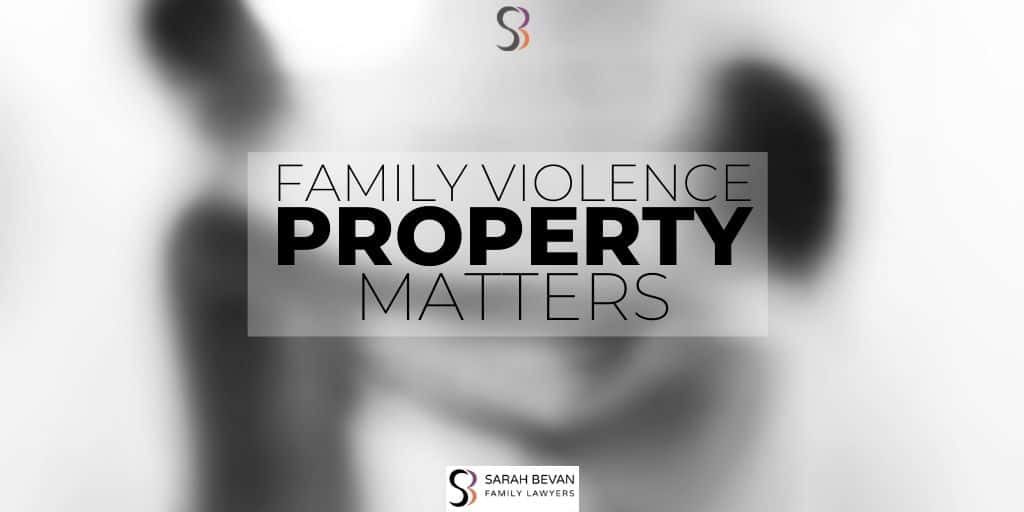 It has become difficult to successfully run what has become known as a “Kennon argument” given the very narrow application adopted by the Court.

Millicott & Millicott [2017] FamCA 826 is a rare example of a successful “Kennon argument”.  In that matter, the husband engaged in significant criminal activity and drug abuse which resulted in him being incarcerated or sentenced to home detention at various times during the relationship.  The obvious consequence being that the husband could not work during these periods.  He also perpetrated serious physical and emotional family violence, including stalking behaviour, against the wife which resulted in her being unable to return to work after a particularly serious incident of family violence.

The Court found in this case that the wife’s contributions were made significantly more arduous and commented:

While I am satisfied that the husband perpetrated family violence against the wife, much of the wife’s evidence as to family violence is not capable of being taken into account in relation to contributions to property.  The wife does however depose in her affidavit and in her oral evidence at final hearing to the father’s behaviour in stalking and harassing her and attending on her place of employment on a number of occasions.  She gave further evidence that the husband’s behaviour and her fear of him caused her employer to be concerned and she also felt unable to return to work as she had planned following maternity leave.  I accept the tenor of the wife’s evidence that the parties’ plans for her to return to work and contribute to the family finances were unable to be fulfilled due to the husband’s conduct.  In this way the husband’s behaviour directly impacted on the wife’s capacity to make financial contributions following separation.

Following the conclusions of the Judge as set out above, an adjustment of 5% was made in favour of the wife.  However, the Court made such an adjustment not solely based on the wife’s contributions being negatively impacted by the husband’s perpetration of family violence, but also on the basis of her slightly greater contribution to the accumulation of the assets and non-financial contributions and the husband’s use of joint assets for his sole benefit.  It was these matters “[i]n total” which justified a 5% adjustment in favour of the wife making it clear that the impact of the Kennon argument alone may have been much smaller.