Can I still see my children if there is an AVO protecting my former partner from me?

Can I still see my children if there is an AVO protecting my former partner from me?

Family violence has been increasingly reported as an issue by parties engaged in disputes about parenting arrangements for their children.

In matters involving allegations of family violence, Apprehended Violence Orders (AVO) may have been applied for or made to protect one parent and/or the children from the other party.

Commonly, AVOs will prevent the defendant, against whom the AVO was made, from approaching the protected person or coming within a certain distance of their residence.  If the children reside with the protected person, this can pose some difficulties in the other parent seeing or spending time with their children.

What if the children reside with my ex who has put an AVO on me?

Judges in both the Family Court and Federal Circuit Court must give primary weight to protecting children from risks of physical or psychological harm posed by one or both parents. However, if a Judge believes that the risks posed by a parent who has been violent can be mitigated or controlled, then a Judge may make orders for that parent to spend time with the children despite an AVO being in place.

A Judge is able to do this because in general:-

Parenting orders will override an AVO if there is any inconsistency between the two.

It is important to remember that attending court is also an exception to an AVO which means that if a parent protected by an AVO has commenced proceedings in the Family or Federal Circuit Courts then the parent who would usually be prevented from approaching the other party because of the AVO can still attend court.  In these circumstances, if told about the AVO, the court is usually able to make arrangements to ensure the safety of the protected parent while they attend court. 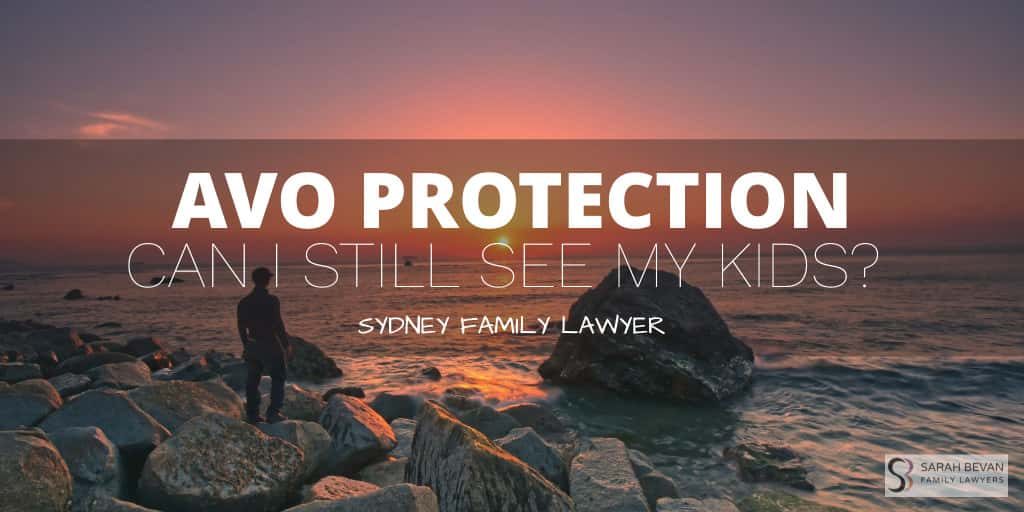