Annulment in the Family Law Courts in Australia

Annulment in the Family Law Courts in Australia

Annulment in the Family Law Court – I’ve made a huge mistake!

Annulment in the Family Law Court – Sometimes when people marry, they realise that they have not made the right decision and no longer want to remain married. In order to avoid getting divorced, sometimes people wish to consider getting an annulment.

In Australia, annulments can only occur in very specific circumstances and they are conducted by the Family Court. 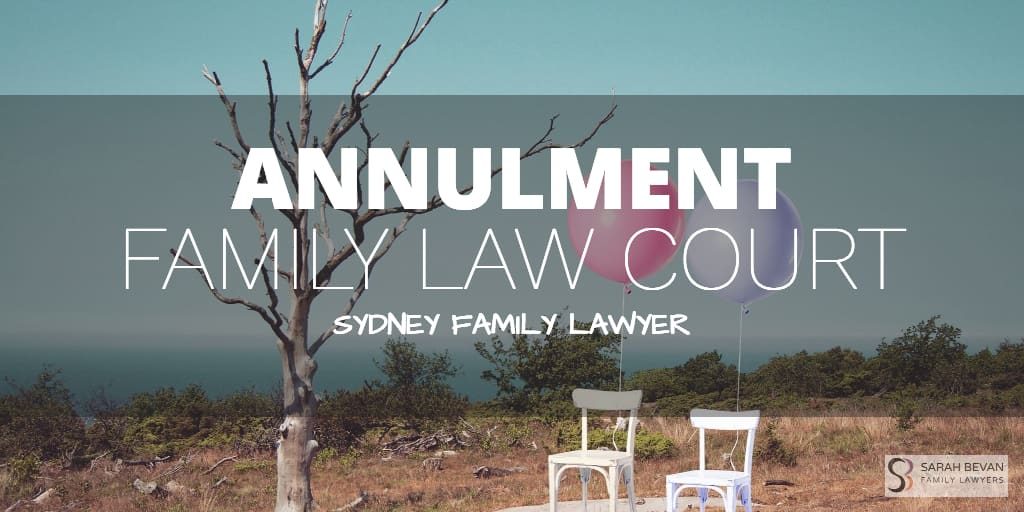 A declaration of nullity says that there was no valid marriage between the parties. This declaration can be made even if there was a marriage ceremony that occurred, and the parties went on a honeymoon and everyone thinks that they are married. This is set out in the Family Law Act 1975 and the Marriage Act 1961.

There are very specific grounds on which the Family Court will grant a declaration of nullity, and unfortunately, it does not include having made a mistake!

The grounds are as follows:

Going further into item 5, some specific examples of why a person did not give their real consent could be:

As mentioned above, having made a mistake is not a ground for a declaration of nullity of marriage.

Other grounds that won’t be accepted by the Family Law Courts are:

If your circumstances are closer to those that won’t be accepted by the Court, then the alternative is to consider applying for a Divorce.

It is important to note that in order to get divorced, parties must have been separated for a period of at least 12 months.

When you apply for a decree of nullity, there is no requirement that the parties must have been separated for a certain period of time. For further information about Divorce applications, please read our website, or make an appointment to speak with one of our lawyers.

For your Application for a declaration of nullity, you will need to file an Initiating Application, Affidavit and your marriage certificate.

If the decree of nullity is granted by the Family Court then it becomes effective immediately. This could have implications for your parenting arrangements and property settlement, and it is highly recommended that you discuss these matters with one of our lawyers in orders to obtain more information.

If you would like to discuss the status of your marriage with one of our lawyers, please do not hesitate to contact us. We are experts in dealing with applications for decrees of nullity and applications for Divorce, and we are ready to assist you right now.