Family Law Court Supervised time (or contact/access) – What is it?

What is involved for a step-parent to adopt a child?

The Australian Family Law system has been criticised for its approach to family violence and parenting orders made by the family law courts.  There are inconsistencies and complexities as a result of a system that has two regimes, one Federal and one State, which operate concurrently.

On one hand, the federal system deals with parenting matters, and on the other hand, the state and territory system is responsible for domestic violence laws.

The Report further recognised that,

“the existing model, which requires parties to navigate multiple courts across jurisdictions, fails to meet the needs of children and families across the family law, child protection, and family violence jurisdictions.”

It is useful to use the example of Apprehended Domestic Violence Orders (‘ADVO’) to illustrate the issues encountered by litigants in navigating the jurisdictional divide.

What is an ADVO?

The power to make AVOs is an Order made under Part 4 of the Crimes (Domestic and Personal Violence) Act 2007 (NSW) (‘CDPVA’) and is a civil order.  However an application for an ADVO may be accompanied by criminal charges such as assault, or if the ADVO is breached.

An application for an ADVO is made at the Local Court for the protection of a person (a “PINOP”) with whom the defendant has, or has had, a domestic relationship.

It is made to ensure the protection and safety of the PINOP and any children from domestic violence.

There may be one or more PINOPs listed on an ADVO, and they may be children or adults, or a combination of both.

Children may be listed as PINOPs on an ADVO if they themselves are either direct or indirect victims of domestic violence or because the adult PINOP is in a domestic relationship with the children and has primary care of the children.

Every AVO must include certain mandatory orders, but any or all of the other listed prohibitions and restrictions listed in section 35 of the CDPVA can be included.

The specific orders/restrictions that are included on the ADVO can greatly impact on any existing parenting arrangements. For example, an order that restricts the defendant from going within 100 metres of the protected person may cause problems where the arrangements for changeovers in relation to children are that they take place at the protected person’s home. 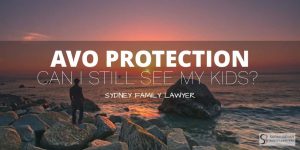 An order to not approach or contact the protected persons ‘except as agreed in writing’ can be particularly difficult for parties to ensure compliance.  It may be appropriate here to enter into a written parenting plan, which is signed and dated by the parties.  That parenting plan then forms the “in writing” agreement for the purpose of changeover of the children.

Sometimes a particularly restrictive order is made in the ADVO, restricting the defendant from approaching or contacting the protected persons by any means except through legal representatives or as authorised by a current parenting order under the Family Law Act 1975.  Clearly, this will prove especially problematic for the parties if the children are passing between them but there are not any parenting orders in place.  Such an order on the ADVO would mean that the defendant’s time with the children who are named on the ADVO must automatically cease until parenting orders are made under the Family Law Act.  This, therefore, leaves the defendant with little recourse but to initiate court proceedings in the Family Court or Federal Circuit Court.

This dual system means parties will often be involved in 2 separate courts, and will often require separate criminal and family lawyers.

While the focus of the 2 separate courts will be quite different, many of the issues will overlap.

In their submission to the ALRC in 2010, the Magistrate’s Court and the Children’s Court of Victoria aptly noted that;

‘this system is not effective or efficient and it does not maximise safety. Such a system creates opportunities for the process itself to become a tool of further abuse. It creates the potential for inconsistent orders. There is a concern that family violence can get minimised along the way.’

Division 11 of Part VII of the Family Law Act provides Federal Courts with the power to make orders for a child to spend time with a person against whom there is a family violence orders.  If the Court exercises this power, the family violence order is invalid to the extent that it is inconsistent with the parenting order. 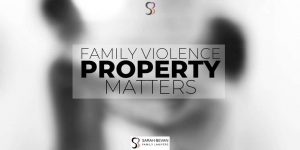 The Local Court also has the power to vary, discharge or suspend a previous parenting order made under the Family Law Act when making a final or interim ADVO.  This significantly reduces certainty in parenting arrangements as victims of family violence cannot be assured that their protection order will not be overruled by a family court order, and those that obtain court orders cannot be assured that a state court will not vary an existing parenting order if new material comes before the court.

If you require advice in relation to your parenting arrangements please contact our office to make an appointment with one of our family lawyers. 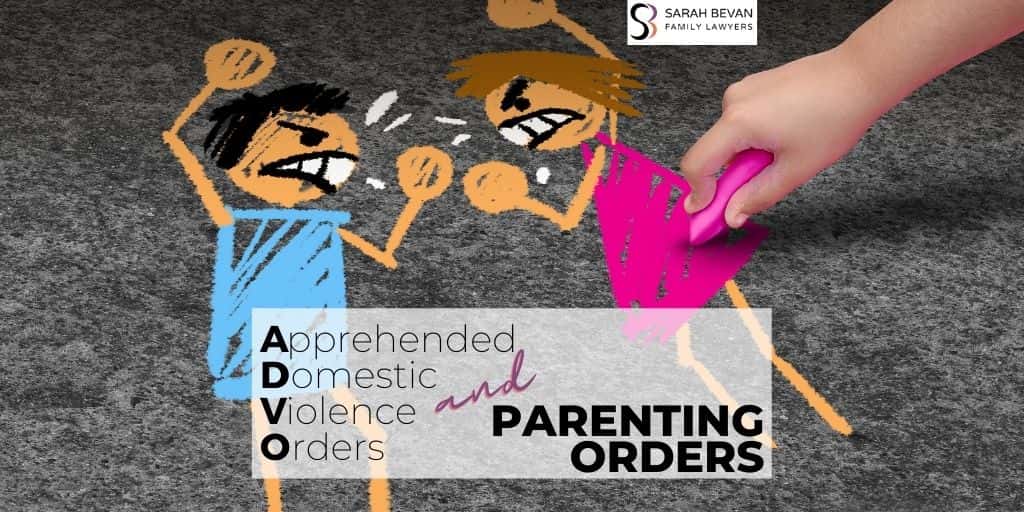